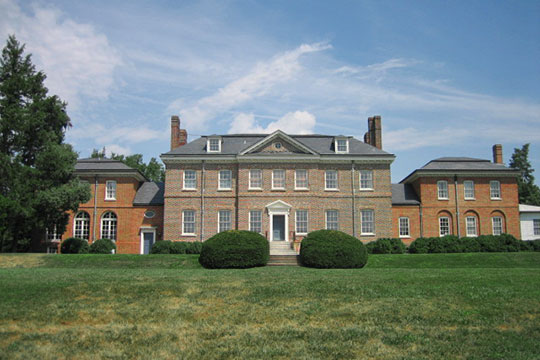 Colonel William Bowie received a charter to build a rail line (Baltimore and Potomac Railroad) from Baltimore to Pope's Creek in the southern part of the State. The line was completed in 1872. In anticipation, Ben Plumb, developer and land speculator, began selling building lots around what would become the railroad junction. The initial settlement was named Huntington City. The line included a spur connecting Washington, DC and was eventually extended through Southern Maryland.

The town was large for its day, having been subdivided into more than 500 building lots. It was renamed about 1880 to honor both Colonel Bowie [1803-1873] as well as Oden Bowie [1826-1894]. The latter had previously served as Maryland Governor from 1869 to 1872; at the time Huntington was re-chartered as Bowie, he was president of the Baltimore & Potomac Railroad.