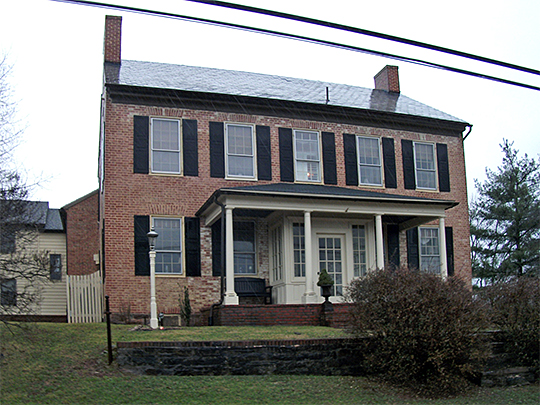 Taneytown was founded in 1740 by Frederick Taney. Muskets were made here during the Revolutionary War and there is evidence that Eli Bentley produced some of his noted clocks here in the early 19th century. The principal products now are men's clothing and rubber shoes.