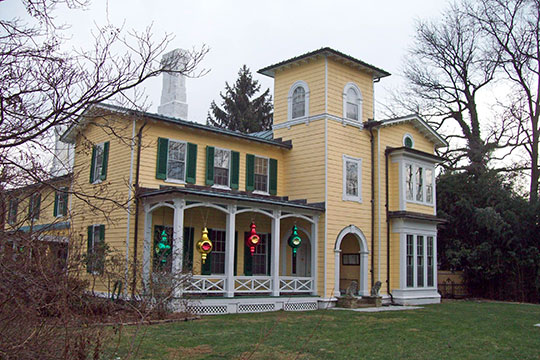 Towson was settled around 1850 by William Towson who built a cabin here. In 1868, his son, Ezekiel built the Towson Tavern. Towson was named the Baltimore County Seat in 1854 and a courthouse was built on land donated by Dr. Grafton M. Bosley. In 1882 Towson was connected to Baltimore by rail service. In 1915 Towson University (then the Maryland State Normal School) was moved to Towson from Baltimore. Towson became the corporate home of Black and Decker in 1917. [1]

Towson is named for Nathaniel Towson (1784-1854) who was born here. At that time it was called Towsonton).