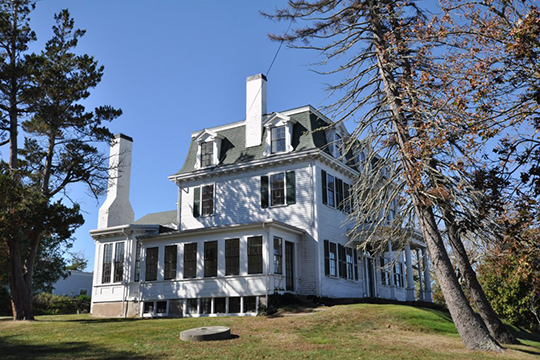 The Town of Wareham was settled in 1678 and incorporated in 1739. Wareham engaged first in whaling, then, following the Revolution, in shipbuilding, of which the Cape Cod Shipbuilding Corporation on the Wareham River is the only remnant; it is now the center of the cranberry industry. Nail manufacturing and the shellfish business, particularly the oyster, are important additional sources of income.

During the War of 1812 Wareham was attacked, some ships were burned, and a cotton factory at Wankinko Dam was partly destroyed. The Benjamin Fearing House, on Main Street, is 300 years old in part. It's a weather-beaten two-and-a-half-story dwelling. The Tremont Nail Factory, located 1/4 mile northwest of the house, is more than a century old and still in operation.