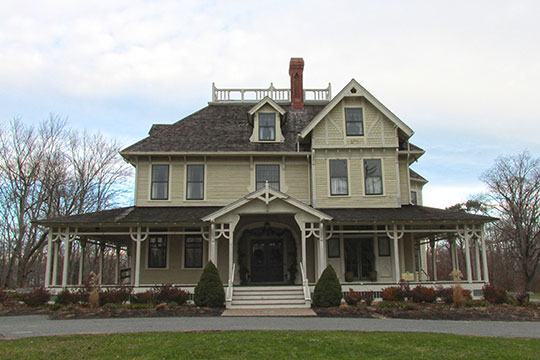 Settled in 1632 and incorporated in 1642, Marshfield housed a garrison of British soldiers in 1775. In the 19th century, after the construction of a marsh drainage canal, strawberries and cranberries became the most important crops. The Marshfield Agricultural and Horticultural Society was founded in 1867 and maintained a fairgrounds hosting an annual affair on South Street.