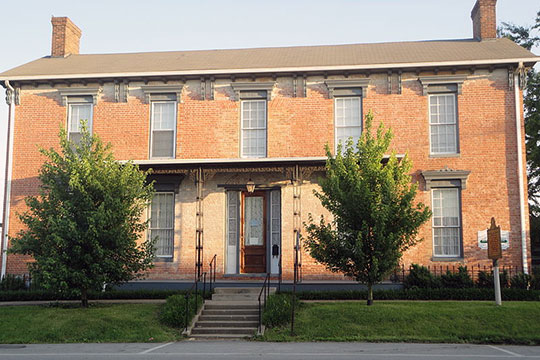 Leitchfield was first settled around 1786, and organized when the county was established in 1810.

In 1810, Grayson County had a population of 2,301 people. The arrival of the east-west Paducah & Louisville Railroad in the early 1870's prompted growth in Caneyville, Leitchfield and eight other communities along the line as agricultural markets and shipping points.

The railroad also became an efficient connection with western Kentucky coalfields and Louisville markets. Arrival of the railroad spurred a boom in the growth of business and industry in the area. By 1903, area businesses included the Leitchfield Clothing Company; the Leitchfield Ice and Laundry Company, a branch of the Armour Packing Co. of Chicago; and R. Dinwiddie and Co., which produced staves, headings and lumber. As a result, the population of Grayson County was 19,878 by the turn of the century.