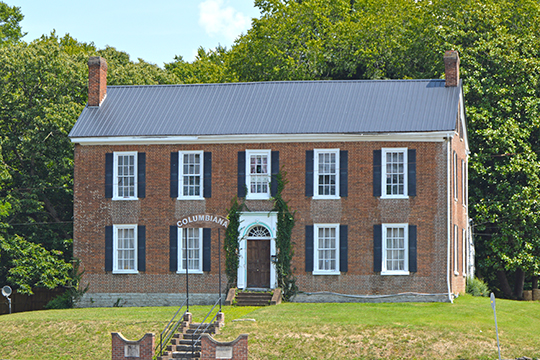 The City of Columbia [1] was established as the county seat on June 28, 1802. Although, many are uncertain as to how the City of Columbia was named, it is thought to commemorate Christopher Columbus. In the same year the city became the county seat, Daniel Trabue laid out Columbia on 20 acres of land donated by James Walker who owned a nearby plantation. Other notable citizens who helped plan the city and chose the courthouse site were Creed Haskins and William Caldwell. According to Ruth Burnette in Early Columbia, The Beginning of a Small Kentucky Town, the founders of Columbia and Adair County were adventurous men. They or their fathers fought in the Revolution and many took part in the Indian wars. Most spent time on the early forts of Kentucky.