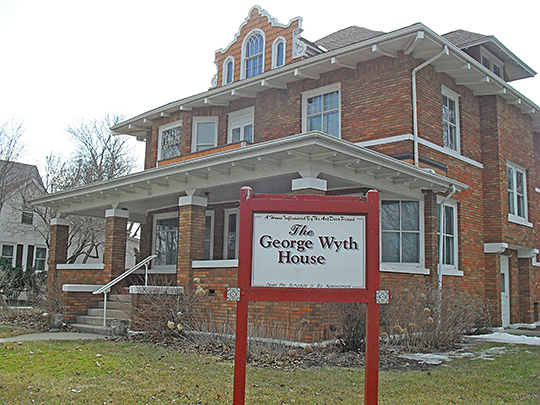 Cedar Falls, Iowa is located in Black Hawk County, immediately adjacent to Waterloo. The Cedar River runs through the heart of Cedar Falls.

The first settlers to lay claim to Cedar Falls were William Sturgis and his brother-in- law, Erasmus Adams in 1845. The two men were drawn to the area because of its abundant timber, its farming potential, and the Cedar River, which provided drinking water, transportation, and a potential power source. In 1850, John and Dempsey Overman, together with John Barrick, bought the land from the Sturgis family and changed the name from Sturgis Falls to Cedar Falls.

In 1853, Cedar Falls had grown to approximately 40 residents, and was named the Black Hawk county seat. However, no sooner had the Overman brothers dedicated the land for the courthouse than Waterloo began to argue that their community should be the county seat instead, due to its more central location. The residents of Waterloo succeeded in their efforts, convincing the State Legislature to authorize the relocation of the county seat to Waterloo in 1855, where it remains today.

Between 1855 and 1860, Cedar Falls grew from approximately 450 persons to just over 1,500. From there, the town began to add more services, gaining a post office in 1850, a schoolhouse in 1853, and a railroad connection in 1861. The University of Northern Iowa (UNI) got its roots during this time, starting as the Civil War Soldier's Orphan Home in 1863, then transitioning through various names and missions throughout the next century to become Old Central, the Iowa State Normal School (1876), the Iowa State Teacher's College (1909), the State College of Iowa (1961), and finally the University of Northern Iowa (1967).

The early part of the 20th century saw the formation of many Cedar Falls institutions and businesses. In 1911, J.G. Wyth, P.C. Petersen, W.I. Hearst, and Jens Nielsen pooled their resources to start a company that would later become Viking Pump. Sartori Hospital dedicated its new 30-patient facility in 1915, and the first Cedar Falls Interdenominational Bible Conference kicked off a few years later in 1921.

Between 1950 and 1980, the City of Cedar Falls had one of the fastest growing municipal populations in the State of Iowa. This was spurred primarily by two factors: first, economic growth from regional businesses such as John Deere and Company, Rath Packing, and Chamberlain Manufacturing; and second, a tremendous growth in UNI enrollment.