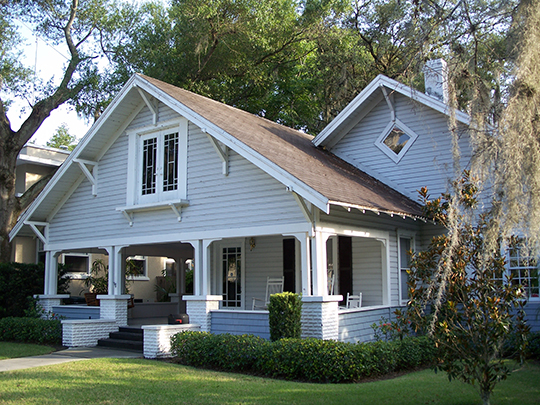 What would become the City of Winter Haven was platted in 1884 and known as Harris Corners an early merchant settler. The city was incorporated in 1923.

Winter Haven lies among extensive citrus groves in a cluster of lakes, 97 of them within a 5-mile radius. Several of the principal thoroughfares are bordered with mountain-ebony trees, and other streets are cut through the orange and grapefruit groves that completely surround the city. The Florida Orange Festival, held here every January, features a number of citrus, industrial, educational and household exhibits. Permanent units are housed in two concrete buildings, and other exhibits extend for 5 blocks along Third Street, NW.

Winter Haven has 9 citrus packing houses and 3 fruit canneries, most of them owned and operated jointly by groups of 20 to 100 growers. Fruit is brought from the groves in field boxes. Packing house employees place the boxes in coloring rooms for 24 to 48 hours, where an appetizing hue is given the fruit by the use of ethylene gas. A series of sprays and longitudinal sets of roller brushes wash the fruit, which is then carried into the dryer, an oven about 100 feet long. When dried, it receives a coat of wax, passes through a series of polishing brushes, and is carried along a grading belt to be separated by hand into grades established by State law. Automatic 'sizers' drop the grades into their proper bins. Packers wrap the oranges by hand and place them in boxes containing 1.6 bushels. Fast workers average $5 a day, but they must work long and irregular hours.