Photo: Home in the Davenport Historic District, Davenport, FL. The Historic District was listed on the National Register of Historic Places in 1997. Photographed by User:Ebyabe, 2009, [cc-by-2.5 (creativecommons.org/licenses/by/2.5/deed.en)], via Wikimedia Commons, accessed August, 2015. 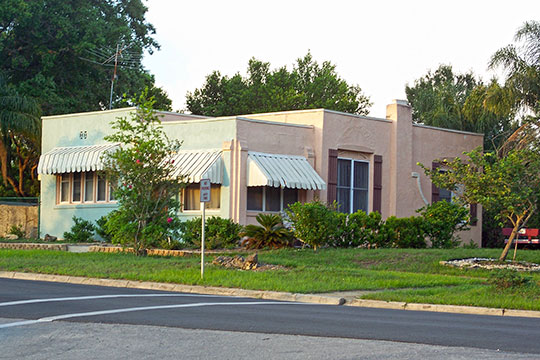 Davenport was organized in the 1880s as the South Florida Railroad reached the area. A post office was established in 1885. Accounts of how the city was named vary. One version claims naming is in honor of Colonel William Davenport an infantry officer who served in the Second Seminole War.