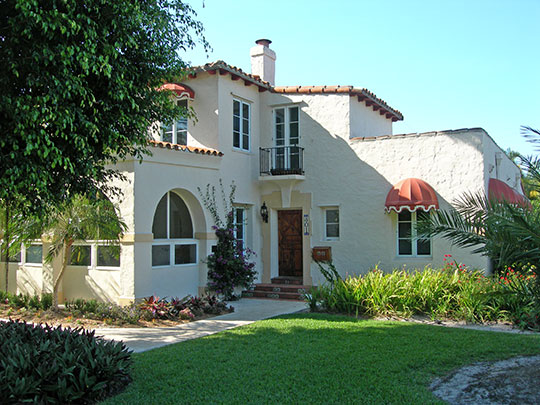 Boca Raton was incorporated in 1925 during the height of the Florida land boom.

Boca Raton, a resort, bears the name of an inlet just south of the community. On the landscaped waterfront is the Boca Raton Club, approached by a wide driveway planted with royal and coconut palms, crotons, bougainvilleas, hibiscus and oleanders. Originally designed as a hotel by Addison Mizner, it is an excellent example of Spanish-Gothic architecture treated in the Mizner manner. The club has 650 rooms, 5 patios, an outdoor ballroom and a swimming pool. A dredged channel connects Lake Boca Raton with the ocean, and permits yachts to moor at the clubhouse docks. The club maintains an 18-hole golf course, riding stables and gun traps for its members.