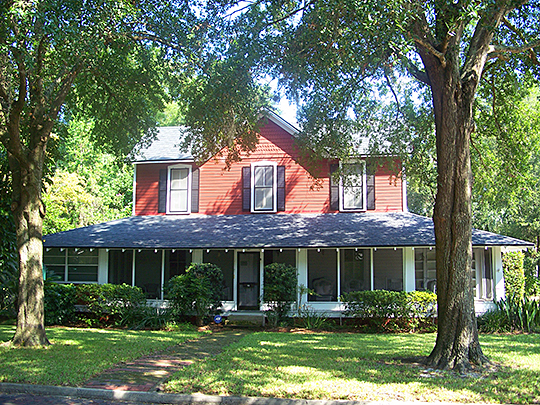 Apopka is known as the Indoor Foliage Capital of the World. There are hundreds of Tropical Foliage Plant Nurseries producing everything from the historic fern baskets to the latest orchid hybrids. If you are looking for Indoor Foliage, well, you've come to the right place. [1]

Apopka (an Indian word meaning potato eating place) was settled in 1856 and until 1887 was called The Lodge, for a Masonic lodge building erected here by slaves shortly before the War between the States. The Lode (members only) is still used for meetings. Apopka, known as 'the Fern City' is a trading and shipping point for growers of the surrounding area. Many slat houses for growing ferns are in the town and vicinity. Fern cultivation is not a seasonal industry, and cut sprays are shipped throughout the year. A fern-like herb, asparagus plumosus, is supplied to florists in all parts of the United States and Canada.