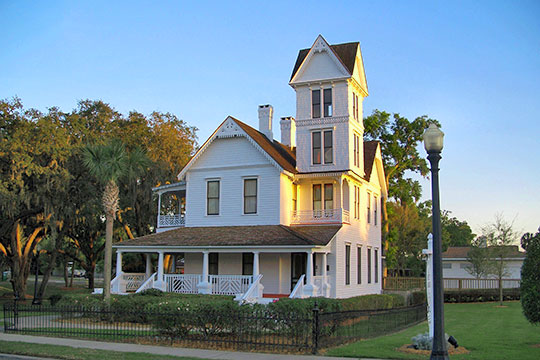 Leesburg's namesake, Evander Lee, came here with his family about 1857 as the first permanent settler. Thomas Robertson and John Marmadule Robertson settled here about 1843, but left around 1854. Lee purchased the old Thomas Robertson farm and moved in with his wife and 8 children. Evander Lee and his brother, Calvin, opened a store in a log building on Main Street. Leesburg was incorporated in 1875, more than a decade before Lake County was created from Sumter and Orange counties. Calvin Lee is credited with naming the town. [www.leesburgflorida.gov, A Brief History of Leesburg, accessed June, 2011]