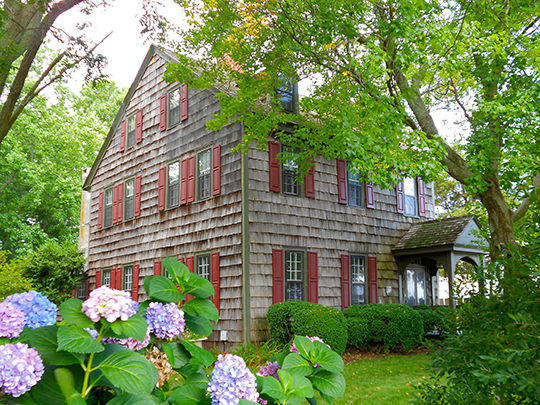 A Town Made for Walking

When the National Trust for Historic Preservation included Lewes on its 2006 list of A Dozen Distinctive Destinations, the organization referred to the City as "a town made for walking ... with its small, cypress-shingled homes that line narrow streets, Colonial Dutch vernacular architecture, and stately Victorians."

The City of Lewes is located in the northeast portion of Sussex County, Delaware, just east of the SR 1 corridor. It is approximately 40 miles southeast of Dover and about 40 miles northeast of Salisbury, Maryland. The city lies along the southern portion of the Delaware Bay and is bordered to the east by Cape Henlopen, which marks the shoreline divide between the Atlantic Ocean and the Delaware Bay. The most northern of Delaware's coastal resorts, it is connected by water and highway to communities in northern Delaware, Pennsylvania, Maryland, and New Jersey. Lewes is located within a division of land historically known as the Lewes and Rehoboth Hundred.

The city is 4.2 square miles in area and extends for approximately five miles along the bay. Lewes has a modest beachfront area on the Delaware Bay – Lewes Beach – with the city's central business district located just off the Lewes and Rehoboth Canal, about one mile to the west of the beach. Lewes's economy has been, and continues to be, shaped by its relationship to the Delaware Bay and the Atlantic Ocean.

Dubbed "Zwaanendael" (meaning Valley of the Swans) by its original Dutch settlers, the City of Lewes traces its history back to 1631. Samuel Godyn, a Dutch merchant, is credited with founding the first permanent colony in the area. In 1632, less than a year after it was founded, this original colony was destroyed during an attack by natives. The area was resettled in 1659 by the Dutch and was called Hoerekill after the name given to the nearby river. In 1673, the British retained permanent control of the entire area and renamed the town Deal after a city in the south of England. For the better part of the century, it served as the seat of Sussex County until that function was moved to Georgetown in 1791. In 1818, the city was first incorporated as Lewes (also spelled Lewis). During the nineteenth century, Lewes became a focal point in the region, not only for commercial trade but also for national defense. The town played a key role in the War of 1812 and was able to successfully defend the Delaware Bay from a British blockade. After the war, the focus of Lewes residents turned again toward commercial shipping; however, the town had gained a terrible reputation for its rough seas. After this reputation gained national attention, the federal government decided in 1829 to construct the Delaware Breakwater–one of the first large public–works projects attempted by the federal government and the first project of its kind in the western hemisphere. This construction–along with many other improvements over the next century–provided ships with a large, protected harbor around Lewes that was much safer than before. Boats, sailing, and nautical themes permeate the culture of Lewes. The United States Navy retained a position there from the end of World War II until the early 1980s. Lewes was reincorporated in 1969 as the City of Lewes and still retains much of its heritage as a historic shipping port. As the shipping industry has slowly waned over the past few decades, the role of the city as a center for recreation and tourism has thrived. The popularity of Lewes as a place for summer vacationing has increased dramatically, and housing values and the cost of living have risen steadily in response.