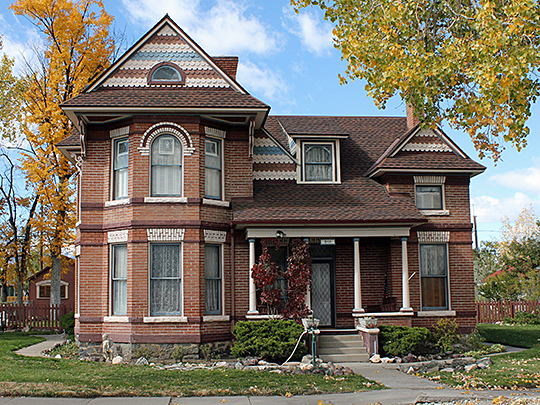 Salida is the county seat of Chaffee County and its largest city. The city is the service, supply, and tourism center for the Upper Arkansas Valley. The Denver and Rio Grande Railroad bypassed the existing settlement of Cleora to establish Salida in 1880. Salida became a major division point for the D&RG, which erected extensive railroad facilities north of the commercial district on the opposite bank of the Arkansas River. The city developed quickly, and became the hub of a prosperous mining and agricultural region within a decade of its founding. Salida experienced devastating fires in its business district in 1886 and 1888, but rebounded to build a substantial commercial area consisting principally of two-story brick buildings. Railroad activity began to decline in the 1950s and, in 1971, Salida ceased to be a division point for the D&RG. Tourism, recreation, and arts-related enterprises grew in importance during the second half of the twentieth century. It is within this historic context that Downtown Salida's architectural heritage emerged.