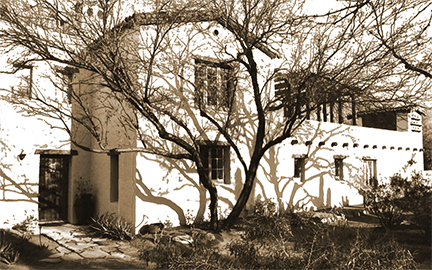 The Town of Paradise Valley [†], which lies in central Maricopa County between Phoenix and Scottsdale, was created in response to concerns that the sparsely populated desert lifestyle of their community was in danger of slipping away due to threatened annexation and the changing density and commercialization of neighboring Phoenix and Scottsdale. The incorporation effort provided a forum for direct citizen involvement in the creation of a vision for the new community. The area originally incorporated as the Town included 2.69 square miles. By 1970, the Town had incorporated contiguous parcels to increase the area to 13.3 square miles with police services, a municipal court system and an Underground Utilities Ordinance in place. The population had reached 6,637 residents.

The decade of the 1970s saw the Town prevail in court challenges to the legality of incorporation, zoning regulations and special use permits. A revised Master Plan was approved, Resort and Religious Facilities Regulations were adopted, additional land was annexed and a permanent Town Hall was built. Also, infrastructure needs were addressed including fire hydrants, the first sewer line, floodplain designations, improvement districts and improvements to Lincoln Drive, McDonald Drive and Doubletree Ranch Road. Traffic and police protection became significant Town concerns. The Town's low-density residential character was promoted by ordinances limiting outdoor lighting and excessive noise. In addition, the Town adopted the Hillside Building Regulations to provide specific guidance for developments within the hillside areas.

During the 1980s, large areas were annexed into the Town, including the Mountain Shadows Resort on Lincoln Drive and the Paradise Valley Country Club on Tatum Boulevard. Street improvements continued and dirt roads began to disappear. A new police facility was added to the Town Hall, and the police force was expanded. The Mummy Mountain Preserve was established to protect the natural profile and wilderness of the higher elevations of the mountain, and numerous donations of mountain land were received.

By 1990, the Town had grown to approximately 16 square miles and 11,770 residents. A Capital Improvement Fund was established by a vote of the residents to provide for needed infrastructure as the community matured. Undergrounding of utility lines continued at an increased pace, flood control and sewer capability were studied, and street maintenance was organized with appropriate schedules. Increased traffic throughout the Town remained an important concern of the residents. The 1990s saw a renewed market-driven interest developing the remaining vacant land of the Town for more expensive and larger homes. In limited cases, clustered housing development has been used to retain open space or natural features and to provide greater than normal residential setbacks from heavily traveled thoroughfares without reducing the number of residential lots that might otherwise be created. Many small ranches disappeared as residential developments designed for the maximum number of allowable lots took their places. A renewed commitment to desert vegetation was exemplified by the redesign of the Lincoln Drive medians.

By 1996, the area of the Town included 16.5 square miles and 12,500 residents. The growth and community change that had occurred since the adoption of the 1980 General Plan prompted the Town to initiate an update of the plan. That update was completed in 1997, when the Town Council adopted the "Vision 2020" General Plan, which included three elements: Land Use, Circulation and Conservation. At the time, only the Land Use and Circulation Elements were required by State law; the Town voluntarily adopted the Conservation Element to address locally important issues.