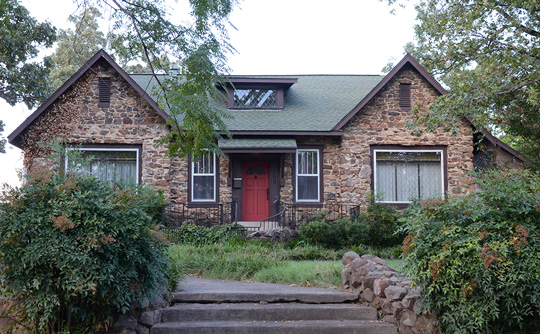 Searcy was originally called White Sulphur Springs at the time the county was formed and was the site of a health spa in the 1820's until the springs, which had three kinds of water running out of the ground — white sulphur, chalybeate and alum, dried up. In 1837, when the state Legislature formed White County, it stipulated that the seat be named Searcy. Richard Searcy was born about 1796 in Tennessee and died at age 36 in 1832 and was also prominent Arkansas Legislator. After the Civil War Isaac M. Moore donated the area around the springs to the town as a park.

The home of David Crise, Searcy's first permanent resident, served as White County's first courthouse in 1837 until a log structure was built on land donated by James Walker. The present courthouse stands on this same site. This was replaced about 1850 by a frame courthouse which served until 1870 when the present Georgian style building was constructed. There were two additions, both in 1912.