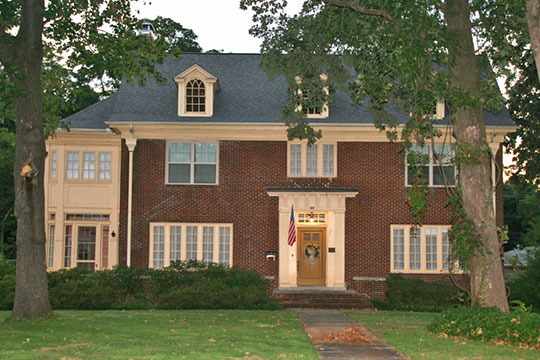 The Arkansas Legislature formed Faulkner County from Pulaski and Conway counties in 1873 and named Conway as its county seat. The county was named after Colonel Sanford C. "Sandy" Faulkner [1806-1874]. Colonel Faulkner created the story of the Arkansas Traveler, which was a story, painting, and a musical tune that has molded the image of Arkansas since the 1840s. [Arkansas Historic Preservation Program, Department of Arkansas Heritage, State of Arkansas, www.arkansaspreservation.com, accessed September, 2012.]