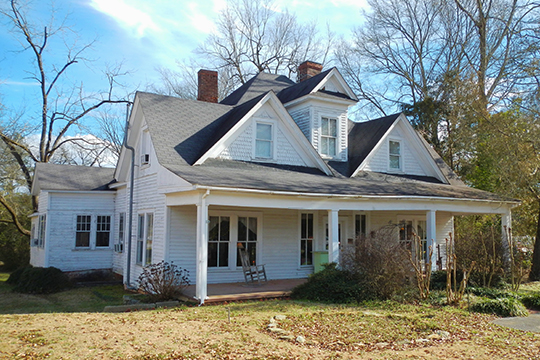 In March 1905 [1] the citizens of Heflin and the lower end of the county petitioned Governor William Jelks to authorize an election to relocate Cleburne's county seat from Edwardsville to Heflin, 8 miles to the southwest on the Tallapoosa River. A considerable amount of money was spent before the December 1905 election and Heflin managed to win by 88 votes. The law even to have such an election was challenged by the Edwardsville faction in the case of State ex relatio Brown and Porter, but the case, as well as a request for court orders to recount the votes were unsuccessful despite the fact that they were carried as far as the State Supreme Court. The population of Edwardsville declined rapidly thereafter, from over 800 in 1880 to less than 200 at present. Conversely, Heflin had only 300 citizens in 1880 and has since grown to a town of over 2500. The location of the county seat did indeed effect the growth and prosperity of the towns in Cleburne County.