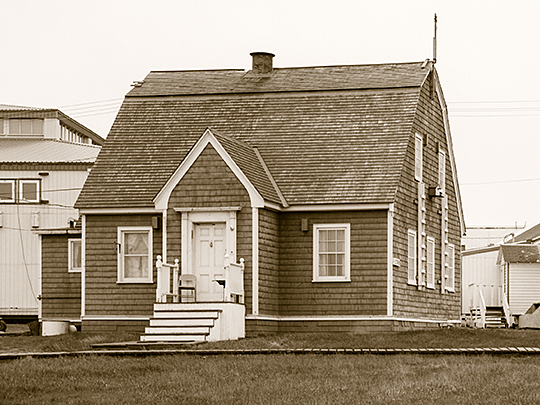 The name of the city was officially changed by referendum in 2016 to Utqiag�vik, the the traditional name of the native Alaskan I�upiat people.

Barrow (Utqiag�vik) is the northernmost city in the United States. It was incorporated in 1959.

Barrow, the northernmost town of Alaska, 800 miles northeast of Nome but only 6-1/2 hours away by air, stretches for 2 miles along a low shore, in three clusters, the two larger ones separated by a lagoon. Point Barrow, 12 miles north of Barrow, has an entirely Native population of 82. The trading center for the entire Arctic coast that stretches hundreds of miles eastward, Barrow has 2 stores, a Native school, a Presbyterian mission and a Federal hospital.

The sizable village was called Nuwuk ("the point") by its Eskimo inhabitants when it was first visited by white men in 1826; Captain Beechy renamed it Barrow after Sir John Barrow, who succeeded in 1818 in having the British Parliament offer an award of 20,000£ to the mariner making the northwest passage.

Barrow itself consists of 10 or 12 frame houses with red roofs, a white church with a steeple, and numerous Eskimo frame huts, tents in igloos. Behind it lies the limitless Arctic tundra, gay with wildflowers and berries in summer, bleak and white in winter. East for 450 miles stretches the Arctic coast, uninhabited save for a few Eskimo villages and trading centers. On Barrow's left is Siberia, on its right, Arctic Canada and Greenland. Facing it are Leningrad, Stockholm, Oslo and London—on the other side of the Polar Mediterranean, the last of the northern hemisphere's great inland seas to await the coming of industrial civilization.